A scientific and artistic partnership between TEATR PIBA & IFREMER

“…everything we experienced from the Atlantic to Canada seemed to hold together more than we had imagined. The ‘deep environment’ is of course the ocean abyss. As it forms a border and evokes limits, it would be a pity not to reflect on the abyss in a broader sense. After all, could we not say that the primeval forests of British Columbia that we explored are also ‘deep forests’? Deep is not just down there, it’s over there. Everywhere far away is deep. Everything that gives us pause for thought or shakes our certitudes is also a deep place. Our ignorance and our fragility are deep environments. Deep is a frontier. Ultimately, it can be anything… it can take any form, as long as it remains inaccessible to the dry clarity of the Known. Strangely, the deep is something that Science will never be able to fathom. Science may push the boundary further, but the deep will always remain impenetrable. Almost to the point of disappearing. Of going ever deeper. It is no accident that we were, for all these months, filled with questions which drew the object of our study towards the infinite, lending it colossal dimensions. The ocean, space, the origins of life, the future of humanity, technology… As if marine ecosystems were a melting pot for times and worlds.”

The result of a long-term innovative artistic and scientific collaboration , the show Donvor will be staged in January 2020. Teatr Piba invites audiences to a unique sensory adventure in radio drama. Blending poetry and fantasy, the show turns on the narrative of author David Wahl and his associates as they explore the deep ocean at the outer limit of the western world. The audience will be placed at the centre of an immersive device, participating in a voyage of the senses lasting around 100 minutes. The experience is simultaneously dreamlike and realistic, coming and going between dives into the abyss, life on board, on a journey of initiation. 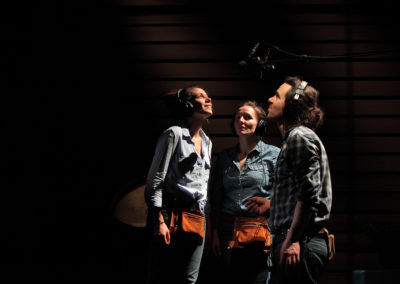 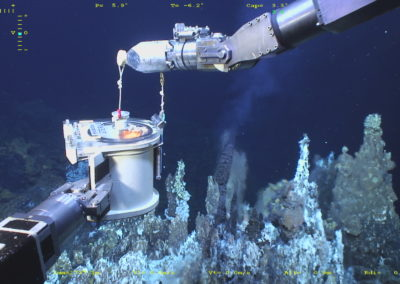 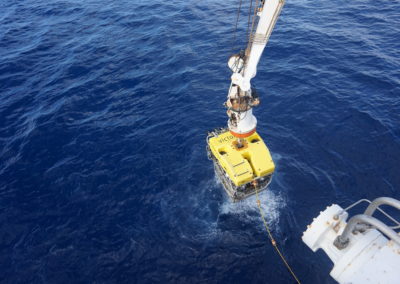